If you are looking for the Give Thanks Blog - go here.

Let's see what inspiration do we have today. Tantalaya brings in the feel of the season here- 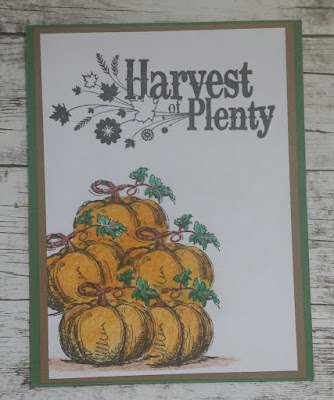 For this photo inspiration I took the colors that most stand out for me and used them on the coloring of these pumpkins. The golden yellow with tones of orange and tan throughout and then the green in the leaves and the reddish brown for the stem. All I saw was pumpkins and knew that was what I wanted to draw with these colors that I was seeing. I took a pumpkin stamp from Gina K and using a mask I tamp these pumpkins to look as though they were on top of eachother. I then colored them with Spectrum Noir Color Pencils. I thought about adding stickles or sequins but in the end I was happy with just the coloring. - Tantalaya

Gracie was so inspired that she did two great cards. 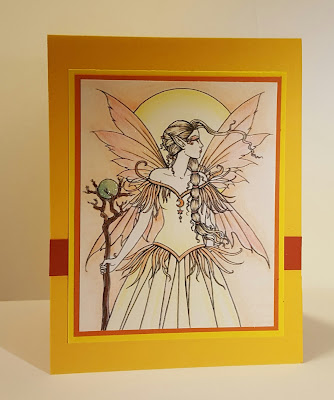 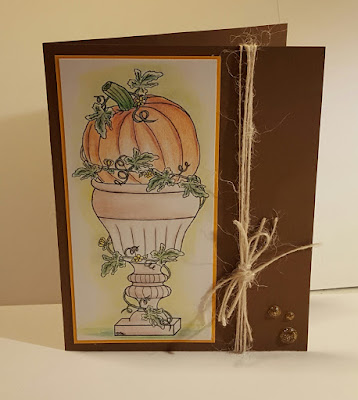 The photo inspirations usually give me starting points for colors.  I made 2 cards using purchased digital images.  I water colored the images with Crayola watercolors and added ore dimension with Crayola pencils.  I used SU Crystal Effects on the fairy's globe.  I added touches of Wink of Stella to both images.  The fairy is double matted on Orange and yellow and is on a gold card base. The pumpkin is mounted on the gold cardstock and is on a brown cardstock base.  I added some twine and some glitter enamel dots. ~Gracie

I hope that the picture gives you some inspiration today - Denise